It can’t be mere coincidence that tickets for the 2020 Royal Nova Scotia International Tattoo go on sale today as Canadians look for Black Friday deals.

Along with its usual ticket offerings for the general public, service member discounts, and a current 3-for-1 offer, the biggest deals on next year’s Tattoo tickets are for youth and veterans.

With its youth ticket program, the Tattoo will provide a free ticket to youth under the age of 18, with each purchase of an adult or senior ticket. Youth tickets outside this 1:1 ratio will be available for $30 for all seating levels.

“We want to make sure the next generation of Tattoo audience members see this show,” says the Tattoo’s managing director and executive producer Scott Long in a media release.

“By offering complimentary tickets to young people, we’re ensuring that they see the wonder of the Tattoo from an early age and will want to celebrate the history and culture on display throughout their lives.”

In it’s new “Thank a Veteran Program,” patrons can also purchase 50% of a ticket for a veteran, with the other 50% matched by partners. Providing entry for veterans who may not otherwise be able to attend the show, the tickets will be matched up to $10,000 and distributed by Vets Canada.

“Part of our mission is to honour Canada’s Armed Forces and celebrate the contributions they have made, both globally and here at home,” says Long. “It’s a great way for ticket holders to recognize the veterans who made our freedom possible by helping pay for their complimentary tickets to the show.”

Set to take over the Scotiabank Centre next year from June 27 through July 4, the 2020 Tattoo will commemorate the 75th anniversaries of the Liberation of the Netherlands and the end of the Battle of the Atlantic.

In the media release, organizers have also announced the beginnings of its 2020 line-up, which will include performers from Australia, Ethiopia, Finland, Germany, the Netherlands, and, of course, Canada.

“We have put together a dynamic show featuring a talented cast from around the world, and we’re thrilled that we get to start this next decade with a premiere production with such a high-calibre roster of talent,” says Long.

Among the international groups already confirmed to perform are the Pipes & Drums of the Royal Caledonian Society from Australia, Ethiopian acrobatic troupe The Kiriku Brothers, the Hamburg Police Motorcycle Display Team, and the Juliana Bicycle Team from the Netherlands.

Many Tattoo staples from previous years will also return in 2020, including multiple Canadian Armed Forces bands, the Canadian Cadets, the Massed Pipes & Drums, the Tattoo International Highland Dance Team, and the Tattoo Choir and Tattoo Children’s Chorus, among others. 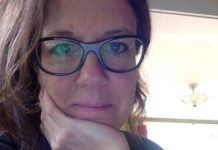