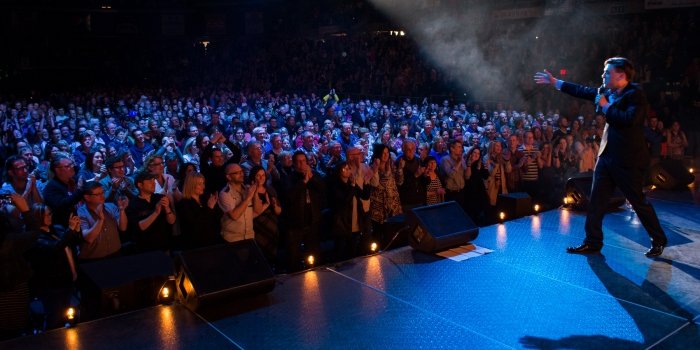 James Mullinger was one of the UK’s top comedians and the Comedy Editor for GQ magazine when he moved to The Maritimes in 2014. Since his arrival, he has taken

James Mullinger was one of the UK’s top comedians and the Comedy Editor for GQ magazine when he moved to The Maritimes in 2014. Since his arrival, he has taken the country by storm. He has sold out shows across the country, made appearances on CBC’s The Debaters, movies, Television shows, festivals, award shows and stand-up specials…he’s done it all.

It’s now award-winning British comedian James Mullinger’s tenth year living in Canada! And after publishing his bestselling memoir Brit Happens – Living The Canadian Dream, creating his own magazine celebrating Atlantic Canada and creating and starring in New Brunswick’s first-ever sitcom, he is back on the road with a full length stand up show sharing what he has learned about this special place over the past decade. Irreverent, honest, unpredictable but always hilarious, James is a Canadian citizen now and the gloves are off!

Performing from coast to coast to coast, this is James’ only public show of 2023 in Halifax and his first-ever theatre show in Nova Scotia’s capital.

In this far-reaching show celebrating 10 years living in his favourite place in the world, James shares his unique insights into the province and the world. Nothing is off limits in this unique and special celebration of this place.

For longtime fans and newcomers alike, this is a show for everyone! Be prepared to laugh, feel inspired and uplifted.