“What I’m really proud of is the inclusivity of the season,” says Webb during our interview following the season announcement. “I think there are some plays that really represent everyone and all of these beautiful pieces of theatre are really going to challenge and excite people.”

In Webb’s third year as artistic director and tenth with the company overall, he says season announcements remain one of the most joyful, stressful and exciting parts of the job. “Aside from actually letting people know when they’ve been cast in a show. That’s probably the most fun,” he says with a laugh.

Following a summer season that includes the cult musical The Rocky Horror Show and the return of The Argyle Street Kitchen Party, the mainstage season opens in September with the world premiere of the new comedy Hockey Messiah. From playwright Kristin Slaney, it is the story of an unlikely story of friendship (and hockey) set in Cole Harbour, Nova Scotia.

Four other shows are slated for the mainstage series including the stage adaptation of Susan Hill’s ghost story The Woman in Black in October. “It is pure, traditional, storytelling with all the thrills and the chills,” says Webb.

The new year gets off to a start in February with Downed Hearts, a new play about the aftermath of an air-sea disaster from Governor General’s Award-winning playwright Catherine Banks.

The mainstage series will conclude in April with the musical Dreamgirls, the story of a young female singing trio from Chicago who become music superstars during the turbulent 1960s.

The Scotiabank Stage will feature four works including two by Indigenous playwrights and another about gender identity.

First up though in September is Andrew Prashad’s theatrical hybrid One Step at a Time: A Father’s Journey, the touching blend of text, song and tap in which he shares his family’s journey of caring for a son with Spina Bifida and Hydrocephalus.

In November, Neptune teams up with Theatre New Brunswick (TNB) and the Prismatic Arts Festival for another theatre-dance hybrid with Natalie Sappier-Samaqani Cocahq’s Finding Wolastoq Voice which explores the personal discovery, identity and culture of a young Wolastoqiyik woman awakened by the voices of her ancestors.

March will see Stacey Gregg’s one-person play Scorch take to the stage with its story of first love through the eyes of a gender-curious teen.

The Scotiabank Studio Series will conclude that same month with a production of Cree playwright Cliff Cardinal’s Huff, a darkly comic tale of Wind and his brothers, caught in a torrent of solvent abuse and struggling to cope with the death of their mother.

Neptune will also present a duo of holiday shows again this year, with the return of Dickens’ A Christmas Carol and a third in Webb’s panto series, Alice in Pantoland. “We have a lot of the very familiar Alice in Wonderland story and characters, with the twist of it being set in Pantoland,” explains Webb who once again wrote and directed the annual panto. “Lots of jokes, lots of local references, lots of song and dance and it’ll all be under two hours.”

As an added bonus this coming season, Neptune will also present the new Leonard Cohen tribute concert A Thousand Kisses Deep in January.

Below is a complete listing of productions scheduled for Neptune Theatre’s 2020-2021 season. Visit neptunetheatre.com for more information.

Theatre artists from across the country come together for Isolate Nights 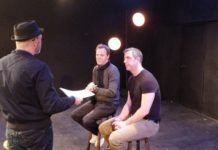 20 years of friendship: live with the company of Softly, Now 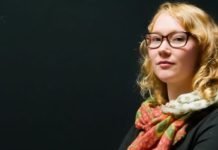