The third in our special #20Questions series, Santiago is among the participants in Eastern Front Theatre’s inaugural RBC Emerging Playwrights Program. His new play AITANA (working title) explores the relationship between Newfoundland and Labrador with the Basque community in Placentia Bay and the Basque region of Spain, during the 16th Century. Guided by a dramaturge, an established playwright mentor, and other theatre professionals, Eastern Front Theatre (EFT) will present Santiago’s new work at a public reading at EFT’s annual Stages Theatre Festival in May 2020.

Actor or a secret agent.

If I ever get a tattoo, it will be about my sister.

Sunscreen, sandals, and a margarita … wait, what kind of island was it?

Me? I hope they let me audition for it!

I think villains see themselves as heroes…

El que quiere, puede. [You can if you want].

A play. 49th Day by athena kaitlin trinh. Go see her show in Toronto this January!

13. The song that is getting the most play on your Spotify playlist right now.

Santiago Guzmán
1996 – 2196
He’s finally taking a break.
Packed some cookies for the afterlife.
Left in peace knowing that someone would put his headshot on an altar for Día de Muertos.

Laughs with my loved ones.

18. What do you see yourself doing 20 years into the future?

Theatre and filmmaking. I can’t see myself doing anything else, really.

Santiago Guzmán is a theatre and filmmaker from Mexico City, now based in St. John’s, NL. People have asked him so many times how that happened, and here’s the T: it was an accident. He found an opportunity to study a BFA in Theatre, and after four years, he succeeded.

He spends most of his time running around between meetings, writing plays, short films, and articles, acting, talking about diversity and accessibility in the arts, going to the gym, and eating cookies. His work is very gay, very brown, and very real. 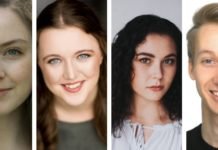 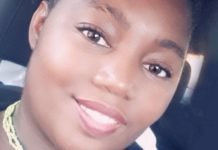 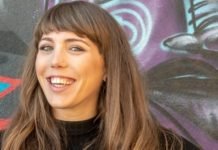