When choreographer and Mocean Dance co-artistic director Sara Coffin set out on an adventure to the wilds of the Yukon, she knew the trip would be the inspiration for a new dance work. The result is Wild Within, which receives its world premiere at Dartmouth’s Alderney Landing Theatre later this month.

Taking part in the Canadian Wilderness Artists Residency in August, Coffin and her fellow artists began their journey in Whitehorse before paddling 700 kilometres along the Yukon River to Dawson.

“It was 17 days on a river camping, with twelve different artists of different disciplines,” explains Coffin by phone.

“We travelled nomadically together, made camps together, and had a lot of art, and philosophical discussions about art in the canoe while paddling or sitting around the fire.”

As the group made their way along the river, they would stop and create art on the land as a way to connect their various art practices with being in the wilderness.

For Coffin, those creations went beyond just movement and dance to include video, photography, and journaling. It was her method of “filling the well” for the coming work, which she would eventually create after returning to the studio in Halifax.

At ease in the outdoors, Coffin says the challenge for her didn’t come from traversing the hinterland. Instead, it came from being off-grid for such a long period and away from her usual creative environs.

“Normally, I’ll go into the studio and make things from the body first, or I have a concept,” she says. “In this case, I knew I was going to make a piece but I had to be in the wild and see what comes to me, see what experiences I have, and then decide later how I was going to use them.”

A big part of that experience came from the water on which the group travelled. Paddling, being in the frigid waters, or feeling the current against her body were some of the memories she would use in creating Wild Within.

Coffin says the end product is about reverence for nature and the enduring necessity of water to life as an allegory for the feminine power that flows across our lands.

“It’s a series of poetic images inspired by nature,” she says. “It is a reflection of our relationship to the land and water as a reminder that beauty surrounds us, and that we need to respect and look after it.”

“Brian and I went for long walks together, and I talked about my experience, and he made notes to figure out how he could interpret that idea into a sound,” she explains of the process working with the composer who has created the original musical soundscape for Wild Within.

Taking his notes, Riley created mini-proposals for Coffin with the two agreeing on the texture or sound a particular passage might represent. “And then he would just start building,” she says.

For the stage itself, Riley and Bottomley are utilizing large pieces of driftwood and a large fabric on which moving images and lights are projected along with hand drawings and etchings reflecting Coffin’s journaling along the river. “There are also some images abandoned cabins that I came across,” she says.

But ultimately, while Wild Within is very much an external representation of what Coffin brought back from her Yukon trip, she also views it as having an internal component as well.

“We’re all wild. We all have very deep reflexes, reacting to protect those around us,” Coffin says. “When you drop something, and you catch it before it hits the ground, that’s our wild body speaking. We need to honour that and to let it do its work, and to respect it versus trying to control everything.”

Wild Within premieres at the Alderney Landing Theatre (2 Ochterloney St, Dartmouth) on November 14 and continues through November 16. Visit moceandance.com for tickets and information. 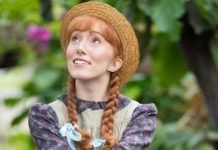