After a ten-year hiatus, Mahone Bay singer-songwriter Kristen Martell has reignited her passion for music. With the video for her new single, We Learn released last week and her debut album Coming Home set to drop in just a couple of months, Martell is on the road to promote her music including two Halifax performances in February.

“I’ve been playing a lot more than I had anticipated this year, and it’s been great,” she says by phone from her South Shore home. “I’m excited to get into Halifax as it will be my first time there to perform.”

Martell’s road to Halifax has been a long time coming though. Having given up music in 2009 as she began a new career and went back to school, she has only recently started back creating and singing her music.

“I think there was a lot of self-sabotage, and it just felt like music wasn’t serving its purpose for me or that it was just a waste of time,” she says of her decision to pause her music career a decade ago. “At least that’s what I told myself at the time, and so I dropped it.”

Like many artists, it would be in facing some challenging times, which would become the impetus for Martell to pick-up the guitar and pen once again last year. “It was at that point that I turned to music as a form of healing as there were a lot of toxic situations happening in my life,” she says. “I just needed a positive outlet, and I found music to be the answer.”

With a burst of creativity, the music Martell had bottled up inside her over the past decade came flooding out. “I hadn’t written songs in years and all of a sudden I couldn’t contain them, I couldn’t hold them back anymore. There was so much music coming out with me,” she says.

With her refound passion, Martell realized her love for music had never really disappeared, and the only thing holding her back was herself. “For whatever reason, I had convinced myself that there was no value in it,” she says. “But this time, it feels like my second chance. I’m a little older, a little wiser, and I didn’t want to let it go again.”

But while Martell’s love for music was been reignited, she had not initially intended for it to be shared. “It was just for myself and a way to find my way through my subconscious,” she says. “It’s a meditative process for me, allowing me to make sense of some of those inner feelings that aren’t so obvious at first, and what I found was very healing for me.”

Martell discovered though that as she shared her music with others, they connected with what she was saying. “I realized I enjoy the writing and the process, but that’s only a tiny part of it,” she says. “Sharing, performing and connecting with others through the music has been just so awesome. It’s opened up a whole other part of me that completed the picture.”

While the realization that others were finding meaning in her music may have been one catalyst, it would be a cancer scare that would be the real tipping point for Martell. “I just had this vision of myself on my death bed, and my mortality became very real,” she says. “I had this vision of never completing this album.”

Realizing at that moment that she didn’t want to live with regret, Martell decided it was time to share her art. “Life is too short and you just never know what life is going to throw at you,” she says.

With the push needed, Martell says it was still a battle to deal with her inner self-doubts. “It’s a pretty vulnerable place to be, to share your art,” she says. “So I’m having to stay grounded and centred, and being true to who I am.”

Fortunately for Martell, staying true as a musician does come naturally, having grown up in a musical family. It would be her grandfather’s passion for music, which continues to drive her today.

“He played guitar and piano right up until he couldn’t anymore, performing well into his seventies, and he loved it,” she says. “I got from him this idea that there is something valuable in music, something healing about music no matter what level you’re playing at.”

It would be a combination of her past experiences and a newfound questioning of the direction her life was taking, which led Martell to her first single, We Learn. “I felt like I was living my life for other people, and it just wasn’t cutting it anymore,” she says. “It’s a song about listening to yourself again, listening to those inner whispers and following them.”

Martell says by letting go of how she thought others saw her was freeing. “If you’re not following your heart, it’s not going to hurt anybody but yourself, and it takes time to learn that,” she says. “At the time that I was writing We Learn, it was becoming clearer to me some of the traps I was getting into, and I needed to step away from them and live the life I wanted.”

We Learn is the first single from her upcoming album Coming Home, tentatively scheduled for release in April this year. According to Martell, the six-track collection of original music “is all about coming home to yourself” and will be preceded by two other singles, Breathe and Help Fade Away, in the coming weeks.

Although Coming Home doesn’t officially drop for another couple of months, Halifax audiences will be able to hear the entire album as Martell performs at The Carleton on February 1 as part of the venue’s Dinner at the Carleton Series. She will make a return engagement to Halifax at Freeman’s on February 29. 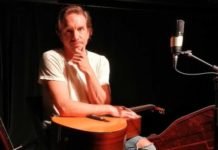 Watch: Live at The Carleton with Tyler Messick