Following its three-year search, Symphony Nova Scotia has announced that Holly Mathieson will take up the role of music director in January.

One of two finalists vying for the job, Mathieson beat out Québec-based Jean-Michel Malouf to replace the Symphony’s long-time music director Bernhard Gueller.

The two finalists recently returned to Halifax as part of the selection process to conduct concerts, and to participate in in-depth sessions with Symphony stakeholders and the community.

“I’m thrilled to be deepening my relationship with the players, staff, board, and audiences of Symphony Nova Scotia,” says Mathieson in a media release. “Our two collaborations so far have been a genuine pleasure, musically and personally, and I look forward to exploring how we can serve the Halifax and wider Nova Scotian community even further and more creatively.”

An award-winning conductor, Mathieson has regularly worked with opera houses, ballet companies, and orchestras throughout Europe, Australasia, and North America. Born in New Zealand, Mathieson, who holds a Ph.D. in Music Iconography, is currently based in Scotland and has conducted major UK orchestras including the London Symphony Orchestra, The Philharmonia, and the BBC Philharmonic.

Together with her husband Jon Hargreaves, Mathieson also co-directs Scotland’s Nevis Ensemble, a project founded on the idea that “music is for everyone, everywhere,” and aims to take music out of the concert hall, and into isolated and marginalized communities.

Citing the arts as a crucial part of the human experience, Mathieson hopes to extend the Symphony’s reach work and to build on the legacy of the orchestra’s outgoing music director. “[The arts] challenge our assumptions and prejudices, and give voice to the experiences and emotions that we find it difficult to express in words.”

Mathieson will assume the role of music director in January 2020 on a three-year contract, providing artistic leadership and guidance through the Symphony’s remaining 2019/20 concert season. She will begin regularly conducting the orchestra in 2020/21, after her arrival in Halifax.

Updated (May 25): Halifax musicians to perform in a series of virtual concerts Live at The Carleton 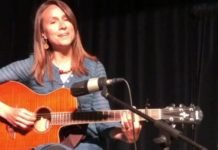 Watch: Live at The Carleton with Kristen Martell 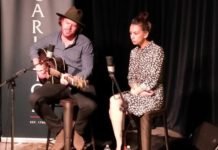 Watch: Live at The Carleton with Roxy Mercier and Jacob Strang