Update (6 April): Halifax Musical Concerts has announced that its performances of Into The Woods (In Concert) have been cancelled until further notice, due to unforeseen circumstances and further COVID-related variables. The company hopes to revisit the musical concert in the fall. Patrons who have purchased tickets will be issued a refund directly by Ticketscene.

We find out more in this Q&A with HMC’s artistic producer Christopher Wilson.

This interview has been edited.

Tell us about Into The Woods. What is it about, and what can audiences expect?

The story of Into The Woods revolves around a baker and his wife, desperate to have a child. Upon learning that a Witch cursed their family line, the couple sets out on a quest to reverse the curse. They do so by attaining specific items that the Witch requests, including Jack and the Beanstalk’s “cow as white as milk,” Red Riding Hood’s “cape as red as blood,” Cinderella’s “slipper as pure as gold,” and Rapunzel’s “hair as yellow as corn.”

… Into The Woods is a poignant musical which explores themes including family, community, yearning, relationships.

Classic fairy tale characters are brought together, and their stories are interwoven into a musical journey in which obstacles are met, challenges are overcome, and dreams are really magic.

The Tony Award-winning musical written by the late composer Stephen Sondheim and librettist James Lapine made its debut on Broadway in 1987, running for two years with more than 760 performances. The musical was also adapted to film in 2014 by Walt Disney Pictures.

Why this particular show now?

At a time during COVID when we have all been struggling for connection, Into The Woods is a poignant musical which explores themes including family, community, yearning, relationships. And on the flip side, the devolution of relationships, loss and most importantly, accepting things as they are, rather than the way we wanted them to be.

You’re staging it as a concert performance. Can you explain what that means?

Unlike other fully-staged presentations, which may include lavish sets and costumes, this concert is performed as a semi-staged reading of the musical with actors on book using music stands. We further incorporate props, costumes, choreographic elements, and projections that help denote setting and time.

Despite fewer production elements, Into the Woods (In Concert) still promises an engaging and entertaining evening for all patrons in attendance.

The concert performance of this musical work allows us to create an intimate focus on the music and storytelling. It also allows us to share the work in unconventional venues such as our two church venues, providing arts access that is not solely tethered to a traditional theatrical setting.

You’re presenting two shows, one in Upper Tantallon and another in Halifax. Why two different venues?

Why should someone come to see Into The Woods (In Concert)?

Into the Woods (In Concert) features some of Atlantic Canada’s finest professional musical theatre talents. Our concert stars Rebecca Guilderson as the Witch, Kyle Gillis as the Baker, Melissa MacKenzie as the Baker’s Wife, Katie Cochrane as Cinderella, David Light as Cinderella’s Prince, Jack Raddal as Jack from Jack and the Beanstalk, and Dominique LeBlanc as Little Red Riding Hood. The majority of our performers are based within the HRM, and Melissa MacKenzie joins us from Charlottetown, Prince Edward Island. 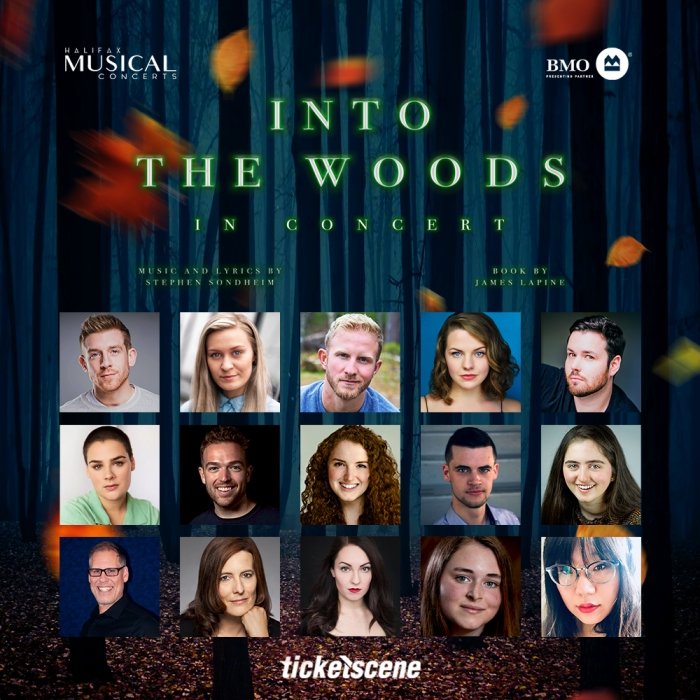 The (Rocky Horror) Show must go on