The Prismatic Arts Festival returns to local venues from September 26 through October 9. 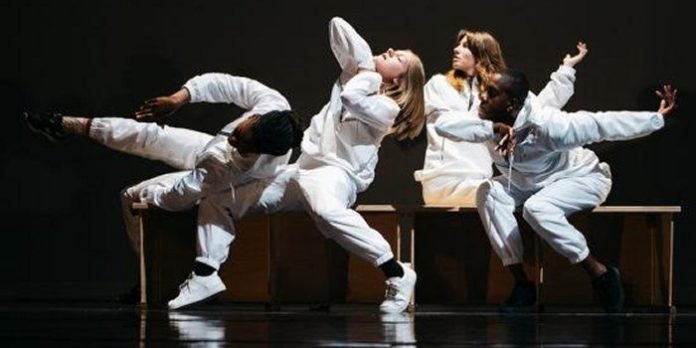 The Prismatic Arts Festival, Halifax’s arts festival celebrating the work of Indigenous artist and artists of colour from across the country, returns to local venues from September 26 through October 9.

These incredibly talented people are sharing their world with you, and I think it’s a missed opportunity not to take it in. – Raessa Lalani

“If you consider it art, we will probably present it as we uplift and support voices that have been traditionally underrepresented or marginalized and give them main stage opportunities.”

Having been forced to pivot to a hybrid model over the last couple of years due to the pandemic, Lalani is most excited about bringing back live performances.

“The arts sector was one of the first hit, and I think it will be one of the last to recover, so being able to now support artists, especially in mediums that didn’t translate well online, is very gratifying,” she says. “I think seeing these artists do what they do best on stage is the most exciting thing.”

For Lalani, the return of the in-person festival also recognizes the role the arts played during the pandemic lockdowns.

Among the acts at this year’s festival is Montreal-based Ebnflōh Dance Company which presents In-Ward, in a joint presentation between Prismatic and Live Art Dance.

“In-Ward plunges us into the deep waters of the human psyche depicting the overlapping of feelings, and the subtle contradictions of the unconscious—both individual and collective—while faced with forced confinement, sharing the same spaces, and isolation,” reads the work’s description.

Also on tap is Vancouver’s Boca del Lupo with Red Phone, where audience members partake in a scripted five-minute dialogue “about some of today’s big questions as written by prominent Canadian playwrights.”

Among the theatre offerings, Santiago Guzmán presents his latest work, Altar and award-winning Indigenous playwright and actor Cliff Cardinal explores the brutal reality of death and addiction in Huff.

Nigerian-born Emmanuel Nwogbo and multidisciplinary poet and filmmaker Tamarzee take care of the visual arts side of this year’s festival. At the same time, Mi’kmaq dance artist Sarah Prosper and Breaking Circus & Upstream round out the offerings.

“I think the most important thing to note is that [audiences] will receive a gift from some of the best artists in the country,” says Lalani of this year’s shows. “These incredibly talented people are sharing their world with you, and I think it’s a missed opportunity not to take it in.”

The 2022 Prismatic Arts Festival takes place from September 26 through October 9 at various locations in Halifax. Visit prismaticfestival.com for more information and tickets.